The Agricultural Non-Point Source Abatement and Control grant is a funding opportunity provided by New York State to connect farmers and Conservation Districts in protecting water quality from impacts that originate on farmland. The District has several projects under this grant. 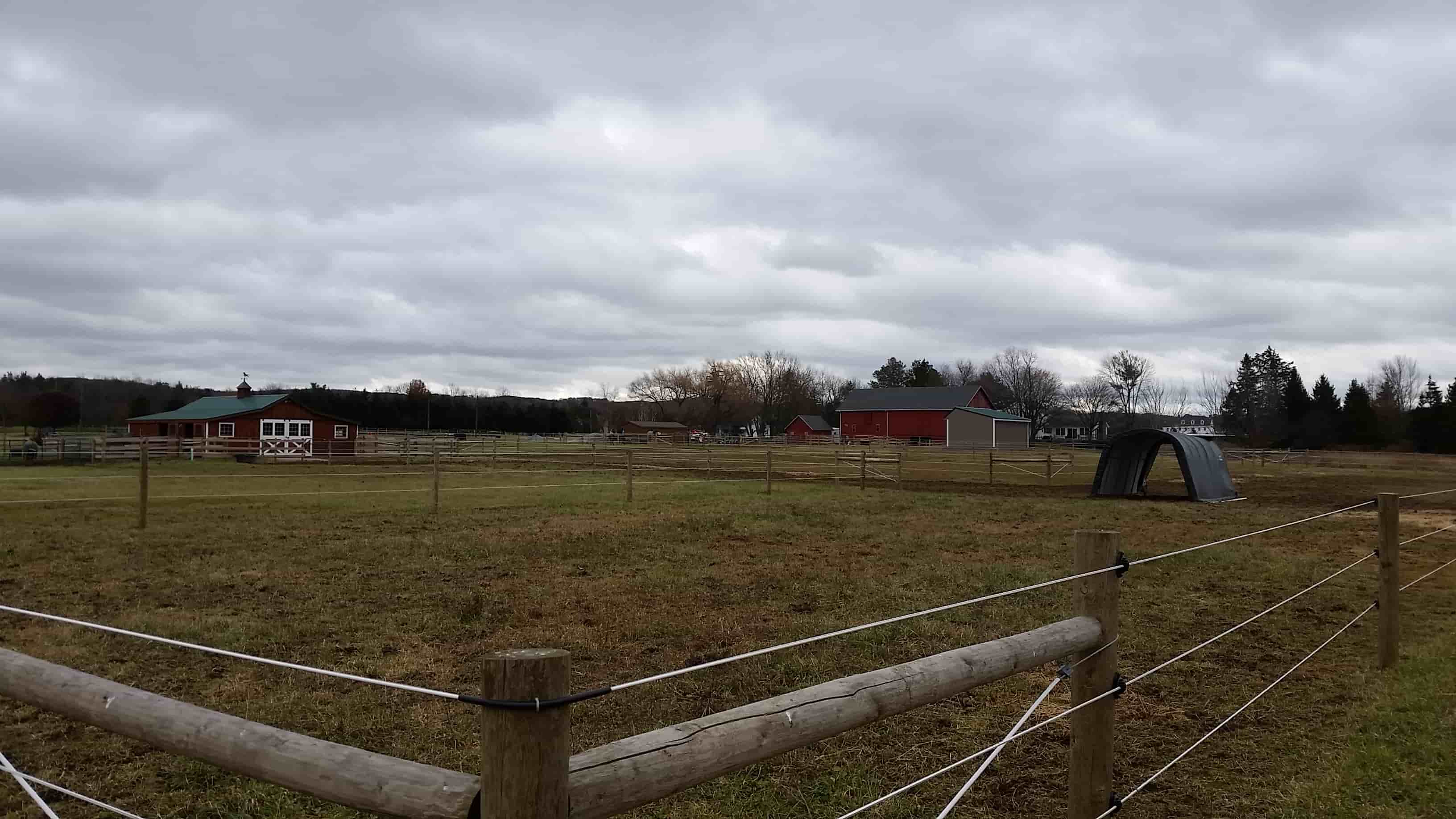 This fencing was built to exclude livestock from a nearby steam with funds from the Non-Point Source grant.

The District is currently cooperating with local landowners in several projects funded with the Agricultual Non-point source grant. Below are the projects funded from Round 21.

A 35 ft. wide, 440 ft. long herbaceous buffer of approximately .25 acres, consisting of natural grasses and forbs has been identified to be taken out of pasture production. This area will be maintained to keep the natural native plant community in the buffer area. With these native plants, it is hoped that this buffer will be effective in reducing nutrient and sediment migration from the farm pasture system to the unnamed tributary of Irondequoit Creek, as well as increasing the amount of native habitat in the area.

The District completed approximately 3.5 acres of pasture fencing for horses on one farm to exclude them from a threatened tributary to Irondequoit Creek. It is expected that the land use transformation from row crops to permanent pasture and the installation of the exclusion fencing will help reduce about 2.3 tons/acre of sediment per year from making its way into the creek. Approximately 3,226 feet of fencing was installed. Approximately 620 feet of 1”Pex water line was installed to convey water from the farm well to the grazing pastures and barns. Five portable stock tank watering facilities were also installed to provide water to the livestock.

The District has completed an extensive cover cropping program beginning in 2016. Cover crops are a plant sowed into the ground after the harvest season is completed in fall. After the main crop is harvested from a field, the exposed soil is susceptible to erosion by wind and water. Eroded soils cause two problems: first the soil is transported to local waterways where the abundant sediment damages aquatic plants and the excessive nutrients in the soil cause an increase in algae populations – leading to harmful algal blooms. Second, the loss of the top layer of soil (often the most nutrient rich layer) means that there will be less nutrients for the next generation of crops in the spring.

Planting a cover crop in the fall allows farmers to preserve their soil and prevent erosion. One farm we’ve worked with has planted 60 acres of cover cropping the last three years with help from the District!